What is a crypto miner?

The competitive process that verifies and adds new transactions to the blockchain for a cryptocurrency that uses the proof-of-work (PoW) method. The miner that wins the competition is rewarded with some amount of the currency and/or transaction fees. Following are the ways mining is performed 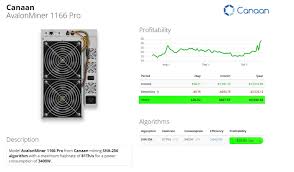 The Bitmain Antminer S17+(73Th) is a miner from the Bitmain company that mines with the SHA-256 algorithm. It has a maximum hash rate of 73Th/s and maximum power consumption of 2920W. It can mine bitcoin. It is considered the most competitive bitcoin miner, much better than the other Antminer versions. This miner was released in December 2019.

The power supply unit is included with the device. The device comes with four fans. These fans’ job is to keep the internal temperature of the device when it is in operation. It also helps in dissipating heat from the device. It has a voltage of 12v, and it is operated over an Ethernet connection. It comes with 175 x 298 x 304mm and weighs 11000g. The hash rate of 73Th/s is also considered to be high compared to other miners in the market. This also accounts for its profitability. 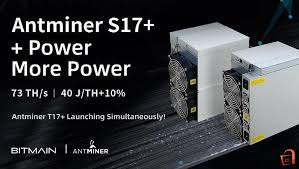 The power consumption of the Bitmain Antminer S17+(73Th) is about 2920W. The miner is also on the high side of power consumption. The needed power consumption requires a good amount of electric supply. The power supply that is needed constitutes the production costs of mining the bitcoin for new miners looking to mine bitcoin with the device.

Algorithm of Antminer Z15
One of the most significant features of every miner is the algorithm. Each crypto coin operates on a Chinese Blockchain platform, and to mine the cash, it’s necessary to follow a set of principles. The algorithm of the Z15 is Equihash, which was developed by a research group at the University of Luxembourg. 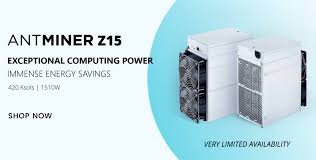 Maximum Hash Rate
The hash rate of every miner is the measure of the performance of the device. In other words, this is the rate at which a miner solves a hash to receive a reward. The maximum hash rate of the Antminer Z15 is 420Ksol/s.

Power Consumption of Antminer Z15
Heat is an enemy of electrical efficiency, and the two fans used for cooling account for a significant amount of electricity consumption. The lower the temperature, the higher the extraction efficiency. Therefore, it is advised to create the best possible conditions for mining and ensure enough ventilation. The power consumption is 1510W, and the intensity is 6.86Amp. This is a low power consumption compared to the other miners in the market. This power consumption shows that the miners can successfully reduce the production cost and the cost it will take to provide a power supply for the mining equipment.

Bobcat Miner 300 is a high-efficiency miner hotspot for HNT. It is compatible with Helium LongFi, an architecture that combines the leading wireless LoRaWAN protocol and the Helium Blockchain technology.

Algorithm KD-BOX Goldshell Miner
Thanks to the Blake2S algorithm, it helps support ASIC Mining. Block rewards for Kadena get re-adjusted every six months. So you can mine Kadena for approximately 120 years. And this makes the coin highly sort after by miners.

Kadena aims to build a developer-friendly and scalable public Blockchain. It aims to provide a similar security level to Bitcoin and other major coins. The algorithm uses a novel consensus model, proof of work.

For those looking to profit long-term, Kadena is the coin for you. The KADENA algorithm uses the proof of work method dubbed Chainweb. It also uses a new smart contract language commonly referred to as Pact. 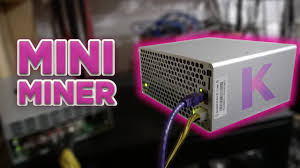 Efficiency of the Kadena Miner
The miner comes with an efficiency of 0.128j/Gh. So what we have is a miner that puts the power to work. Thanks to high efficiency, miners can mine one coin faster. It also helps reduce electricity costs.

You get a miner with one of the lowest electricity rates in the industry. Thanks to its attractive features, it’s a miner that most home miners would use. The Goldshell KD-BOX is a miner that’s useful and easy to set up.

Hashrate of Goldshell KD-BOX
The miner comes with a hashrate of 1.6 Th/s. Again, for such a small miner, we have to give props for the high hashrate. With a high hashrate, it means solving block puzzles with ease. And this is music to every miner’s ears.

High hashrate will give you a chance to mine Kadena faster. And this is impressive considering the maximum power is 205W. We have a miner wonder, all thanks to the improved KD miner box.

Sharing my personal crypto experience, most people still think that investing in crypto platforms earns them a lot , but ill will tell you that it is more preferable to invest in crypto mining machines as you will recover your investment , which you can still invest in other crypto platforms and still you have the machine.

What Is Antminer s9

Why did bitcoin fall